The earliest records of hemp usage in Britain comes from seeds found in a Roman well in York. Pollen findings in parts of East Anglia suggest that hemp was grown throughout the Anglo-Saxon period. Considering the British climate researchers suggest that the hemp was grown for fibre production. There is also one reference of medicinal usage of cannabis during this period – as ingredient in Anglo-Saxon herbal, called haenep.

William Shakespeare doesn’t mention the intoxicating or medicinal properties of cannabis in his works but there are references that it was used for ropes. 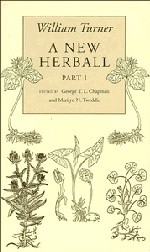 In 1528 William Turner produced “The New Herbal” were he described cannabis properties. There other authors mention medicinal values of cannabis in their works: John Gerard first published “The Herbal or Generall Historie of Plantes” in 1597; John Parkinson published “The Theater of Plantes, an Universall and Compleate Herbal” in 1640, and Nicholas Culpeper produced his “English Physician and Complete Herbal” in 1653.

Robert Burton also mentions cannabis in his work “The Anatomy of Melancholy”, published in 1621, where he proposed cannabis for treatment of depression. Dispensatory of 1764 suggested application of cannabis root to treat inflammation of the skin and Edinburgh New Dispensary of 1794 proposed usage of cannabis seeds to treat coughs and “heat of urine” (presumably cystitis). [1]

Hemp enjoyed an enhanced respect under the Tudor monarchs, as with the onset of imperial longings, the navy’s demand for rope increased. It was vigorously cultivated in England, and even planted at Jamestown, Virginia, in 1611. It is certain that by 1700, cannabis had been a stalwart of English medicine for approximately a thousand years. An unproblematic component of our Materia medica, it continued to be used throughout the eighteenth and nineteenth centuries. Salmon described indications for “the emulsion of the seed” primarily in terms of its usefulness in various forms of haemorrhage and intestinal flux.

Even the eminently respectable Queen Victoria used hemp sent from her new dominion for menstrual cramps, and Victorian doctors treated patients for a range of illnesses, including epilepsy and nervous disorders, with extracts of Cannabis indica. [2]