In case you wonder what to read next we have prepared some suggestions for you based on book ratings of the online reading community, Goodreads.

Top position is held by the book “The Emperor Wears No Clothes”. 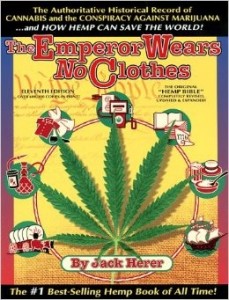 “The Emperor Wears No Clothes” is the authoritative historical record of “Cannabis and the Conspiracy Against Marijuana” by Jack Herer. Jack Herer has updated his authoritative history of hemp’s myriad uses and of the war on this plant, just as it has become high-profile news, with supporters such as Woody Harrelson and Willie Nelson.

In “The Emperor Wears No Clothes” Herer thoroughly documents the petrochemical industry’s plot to outlaw this renewable source of paper, energy, food, textiles, and medicine. 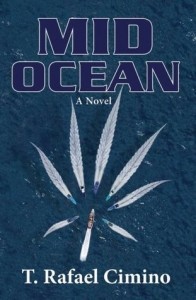 “Mid Ocean” tells the story of Special Agent Joel Kenyon, who is just out of the U.S. Customs Academy, and has been assigned to the badlands of drug enforcement, the Florida Keys. In a short time he must adjust himself to lifestyle of sandals, Jimmy Buffett and the quest for the perfect frozen drink.

Set in 1984, “Mid Ocean” will take you to the Caribbean wild west. A place tourists never see, where, for centuries, fortunes have been won and lost along the treacherous reefs; a haven divers and fishermen during the day; a conduit for smugglers at night.

With the lure of easy money and the temptations available to those in authority, the lines of right and wrong are often blurred, testing even the strongest moral compass in an atmosphere where navigating a bad course can be deadly. In the end, Joel will question everyone, including himself in his quest for what is right and what is true. “Mid Ocean” was inspired by real-life events.

Third position is of the book “Marijuana Is Safer: So Why Are We Driving People to Drink?” 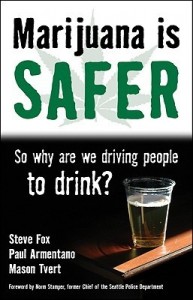 “Marijuana Is Safer: So Why Are We Driving People to Drink?” is written by recognized cannabis-policy experts Steve Fox, Paul Armentano, and Mason Tvert, who compare and contrast the relative harms and legal status of the two most popular recreational substances in the world–marijuana and alcohol.

Through an objective examination of the two drugs and the laws and social practices that steer people toward alcohol, the authors pose a simple yet rarely considered question: Why do we punish adults who make the rational, safer choice to use marijuana instead of alcohol? 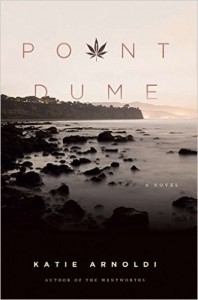 Forth place is for Katie Arnoldi’s book “Point Dume”.

According to a reader “Point Dume” is less about marijuana growing on public lands than about the personal conflicts and problems of people living in a changing California ocean community.

“Point Dume” is an amazing journey of self-discovery through a world of magic, violence, betrayal and redemption. 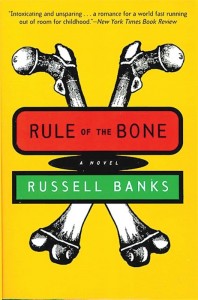 “Rule of the Bone” is about Chappie, a punked-out teenager, living with his mother and abusive stepfather in an upstate New York trailer park. During this time, he slips into drugs and petty crime. Rejected by his parents, out of school and in trouble with the police, he claims for himself a new identity as a permanent outsider; he gets a crossed-bones tattoo on his arm, and takes the name “Bone.”

He finds dangerous refuge with a group of biker-thieves, and then hides in the boarded-up summer house of a professor and his wife. He finally settles in an abandoned school bus with Rose, a child he rescues from a fast-talking pedophile.

There Bone meets I-Man, an exiled Rastafarian, and together they begin a second adventure that takes the reader from Middle America to the ganja-growing mountains of Jamaica.